Eleventh Avenue South (originally Avenue K) is an east-west avenue‎ in Birmingham's Southside, with its main section stretching through the Five Points South neighborhood (including the UAB Campus) from 11th Street South to 22nd Street South. The 5-way intersection of 11th, 20th Street South, and Magnolia Avenue, give Five Points South its name. Additional sections of 11th Avenue South can be found in the residential sections of Highland Park, Forest Park, and Crestwood South.

One of the residential sections of 11th forms the eastern half of the northern border of the Highland Park Golf Course, from 38th Street South to almost Glen View Road.

What is now 11th Court South from 21st Street South to the road's terminus at Highland Avenue was originally 11th Avenue. The current section of 11th Avenue between 21st and 22nd Streets was originally named Rose Avenue. The two roads appear to have been renamed in the 1900s or early 1910s.

The section of 11th between a short segment of 24th and 26th Streets was originally Bay Avenue. It originally extended west of 24th, connecting to Highland, but that part is now an alley with stairs at the end leading up to Highland. The next section, between 26th and 28th Streets, was originally Madison Avenue. Both appear to have been renamed as 11th Avenue in the 1910s.

For an alphabetical list of locations, see the 11th Avenue South category. 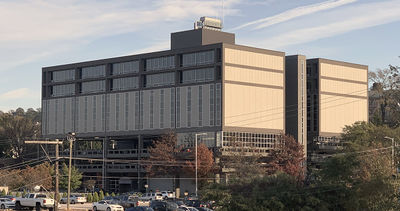