It was the second concurrent ballot for Mayor and City Council after the election cycle for Mayor was changed by state law in 2010. The official qualification period was between June 23 and July 7. Runoff elections were held on October 3, 2017. Council members began their terms of office on October 24 and the new mayor was sworn in on November 28.

There were 143,732 registered voters in the city. In the August election 38,483 ballots were cast, representing a turnout of 26.95 percent. In the runoff, 42,363 votes were cast, for a turnout of 29.47 percent. In the general election, the most active polling locations were Avondale Elementary School, Bethel Baptist Church and the Brownsville Community Center, where about 40% of voters took part in the election. The lowest turnouts were at the Birmingham Botanical Gardens and Birmingham Fire Station No. 32 where fewer than 10% of voters cast ballots.

In the Mayoral race, challenger Randall Woodfin was the leading vote-getter, advancing to a runoff with incumbent William Bell, which he then won by a margin of 59 to 41. Eight of the nine City Council members stood for re-election. Two of them advanced to runoffs against challengers, while six were returned to their seats without a runoff. None of the council incumbents won their respective run-offs.

In the school board election, five of the nine races were for open seats. In the other four, incumbents Daagye Hendricks, Cheri Gardner and Sandra Brown won re-election, while Wardine Alexander lost to a challenger. 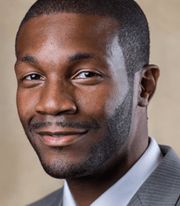 In June the Grassroots Coalition of Birmingham publicized a "Black Agenda", laying out goals for addressing economic disparities, affordable housing, education, criminal justice, public health, and government accountability. The same group also organized the first public forum for mayoral candidates forum was held on April 18 at Avondale Brewing Company, which was attended by seven candidates. The coalition later endorsed Woodfin for Mayor. Woodfin, who had been a student government president at his alma mater, Morehouse College, also enjoyed support from a network of fellow alumni, many of whom responded to a request for donations in the amount of $18.71, representing Birmingham's founding date.

A mayoral debate was hosted by I Believe in Birmingham at Woodlawn United Methodist Church on July 14. That event was attended by eight candidates; William Bell, E. Philemon Hill, Fernandez Sims, Randy Davis, Lanny Jackson, Patricia Bell, Randall Woodfin, Frank Matthews and Chris Woods. Joseph Baker and T. Marie King served as moderators. William Bell touted his economic development efforts, both downtown and outside of downtown, and claimed to, "have the ability and experience to keep the city moving." Other candidates pointed out issues still plaguing the city, such as violence, poverty and lack of educational achievement. More than one candidate recommended investing in business incubators throughout the city's neighborhoods. Randall Woodfin recommended refocusing public investments that are going to major projects into more basic needs, such as maintenance of public buildings. Several candidates criticized the changes to the Mayor-Council Act which increased the powers of the Mayor's office, with Woods accusing Bell of acting "like a king, a dictator." Several candidates pledged to increase financial support for schools. Matthews recommended changing the election of school board members to an at-large system. With regard to economic development priorities, Woodfin recommended workforce training at city recreation centers and aggressive recruitment of auto suppliers. Woods emphasized the need for industrial training in schools. Hill discussed efforts to attract film and television productions and completion of a domed stadium. Asked about police relations, Davis said he would have all officers reach out to at least 10 residents a day to "build rapport". Jackson repeatedly called for getting guns "off the street," while Patricia Bell said that "guns were made to protect the innocent." Matthews summarized the issues as all having to do with poverty. All candidates voiced support for government transparency and respectful interaction with citizens. Many also referenced the reported physical fight between William Bell and Marcus Lundy in 2015.

Another mayoral forum, hosted by the #StandAsOne Coalition, was held at 16th Street Baptist Church on July 27. Art Franklin moderated the discussion.

A telephone poll of 214 registered voters was conducted by WBRC 6 between July 28 and July 31. It indicated that 54% of voters favored Bell, with 17% supporting Woods and 14% preferring Woodfin.

A morning debate was held the Harbert Center with the three leading mayoral candidates: Bell, Woods and Woodfin. It was sponsored by the Birmingham Business Journal and WBHM-FM and broadcast live on FM 90.3. During that debate, Woodfin criticized the size of Bell's administrative staff and Woods accused Bell of "backroom deals". The mayor defended his record. Another televised debate, moderated by WBRC 6 reporter and anchor Jonathan Hardison, was held with five candidates in WBRC's studios on August 8. AARP Alabama sponsored that debate.

During the mayoral runoff campaign, accusations against both Bell and Woodfin were shared widely on social media.

Bell discussed the election during a meeting with city workers on August 28, warning them that many could lose their positions if he was not re-elected and complaining about Woodfin's out-of-state donors. Though he cautioned employees not to campaign on city time, Bell urged them to promote the administration's projects on social media and to participate on campaign events outside work hours. Concerns were raised about whether the meeting violated state ethics and campaign laws.

Also, during the runoff, Bell picked up endorsements from former mayors Richard Arrington and Bernard Kincaid and by U.S. Representative Terri Sewell. Meanwhile, Woodfin was endorsed by third-place candidate Chris Woods. Bell and Woodfin met in a televised debate for WVTM-TV on September 21.