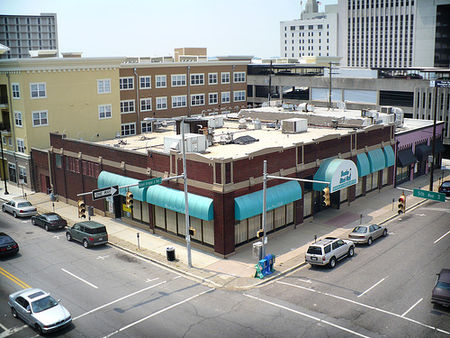 The site has been occupied since 1920 by the 9,000 square-foot Weldon Martin Rubber building, a one-story brick structure with limestone trim. In 2017 developers Ward Neely, Dick Schmalz and Scott Bryant announced plans to purchase and renovate the building for multiple retail/restaurant tenants. The public entrance will be re-oriented to face 5th Avenue and the adjoining High Note Lounge demolished for surface parking in the rear.