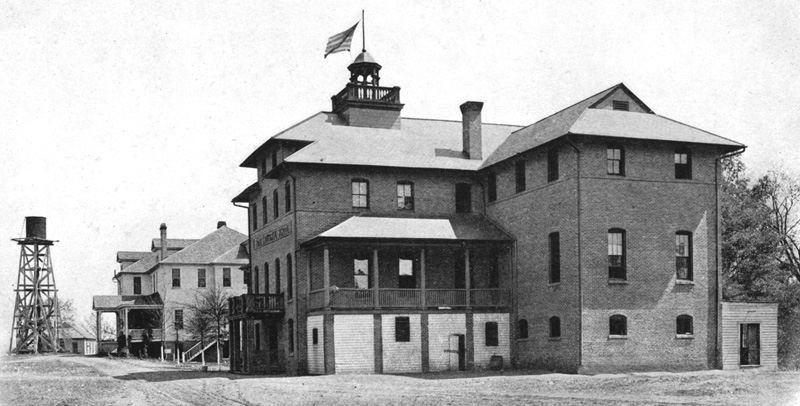 The Alabama Boys Industrial School was a reformatory school for the rehabilitation of juvenile delinquents in Roebuck.

The school was established through the efforts of Elizabeth Johnston, who argued strongly for remedial education for boys who were more often sent into the coal mines as leased convicts. She headed a committee of the Alabama Federation of Women's Clubs which recommended that such a school be governed by volunteers who were also mothers of boys, thereby keeping the institution's focus on its mission rather than on the political ambitions of its directors.

The Federation successfully lobbied the Alabama State Legislature for $3,000 to start the school, which was chartered on February 1, 1899. It began operating in a log cabin on the site of the former George Roebuck plantation on Roebuck Spring with five offenders assigned from the Birmingham Municipal Court. The state agreed to provide $12.50 per month for each boy remanded to the school's care and was also petitioned from time to time for additional funds for construction and maintenance. Around 1909 a dedicated school building, designed by Warren & Welton, was constructed.

Johnston served as president of the board and lived in a house on campus. She insisted that bars and locks should not be used on the dormitories and addressed the boys assigned to her care as "son". The school grew produce on campus and also operated a dairy which supplied the cafeteria kitchen. It was noted for the excellence of its brass band, which received funding for instruments and uniforms through the Rotary Club of Birmingham. Students also published a journal, The Boys Banner, which was printed on the school's own presses.

By 1969 the Boys Industrial School had 202 students. The treatment of white boys at the Roebuck facility and of white girls at the Alabama State Training School for Girls in Chalkville was contrasted sharply with the treatment of African American offenders at the Alabama Industrial School for Negro Children at Mt Meigs, near Montgomery, where offenders were subjected to hard labor and corporal punishment rather than to education and other remedial programs.

In 1975 the Alabama Department of Youth Services took over the school and continues to operate it as the Vacca Campus.