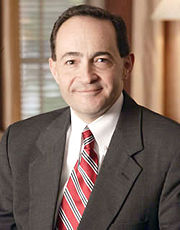 Andrew Westmoreland (born 1957 in Batesville, Arkansas) is the 18th President of Samford University, having succeeded 23-year president Thomas Corts in 2006. He came to Samford from Ouachita Baptist University in Arkadelphia, Arkansas where he has been teaching for his entire career and served as president since 1998.

Westmoreland grew up in a family headed by a Baptist preacher in Batesville where he became president of his high school's senior class. He attended Ouachita as a student, studying political science. After graduating he completed political internships in Little Rock and Washington D.C. before returning to teach at his alma mater. He later headed their development office, overseeing $160 million in fundraising for the school. Westmoreland's wife, Jeanna, was chair of the Arkansas State Board of Education and dean of Ouachita's College of Education.

He was contacted about the Samford job by a cold call from search committee co-chair (and former Alabama Governor) Albert Brewer and initially resisted the idea of changing jobs. Brewer hounded him to make a visit, after which he reconsidered and eventually determined to accept the new opportunity. While at Samford, Westmoreland oversaw a steady expansion of enrollment, academic programs, charitable donations and construction.

Westmoreland announced his retirement in 2020 and stepped down on June 30, 2021. He remained in Birmingham in retirement and continued to serve as part-time director of Samford's Frances Marlin Mann Center for Ethics and Leadership.