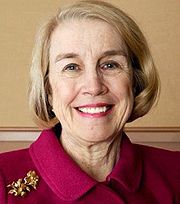 Reynolds is the daughter of a Presbyterian minister and spend much of her childhood on Indian reservations in Oklahoma and Arizona. She completed her bachelor of science at Emporia State University in Emporia, Kansas in 1958 and went on to earn a masters and a doctorate in zoology at the University of Iowa, finishing in 1962.

In 1982 Reynolds was appointed Chancellor of the California State University system, succeeding Glenn Dumke. She resigned in 1990 amid criticism of pay raises given to top administrators, including herself. That same year she was hired as president of the City University of New York system. She was credited with strengthening the system's open enrollment policy by helping develop stronger college preparatory courses for applicants, but was criticized for cutting or consolidating too many programs and spending too much time on corporate boards. She left the system in 1997 to take the job of President at UAB.

Reynolds was fired by the University of Alabama Board of Trustees in 2002. She claimed to have been forced out due to her age and gender and filed a federal discrimination complaint. She did accept a one-year position as director of the UAB Center for Community Outreach and Development.