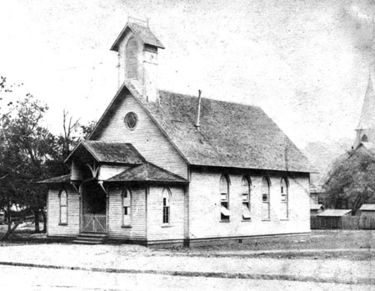 Avondale Presbyterian Church was a Presbyterian church created by the Northern Alabama Presbytery on September 23, 1889 to serve the community of Avondale. The formation of the new church was largely due to the efforts of attorney M. A. Mason, who responded to the missionary preaching of Paul Morton. The first sermon was devliered by B. D. Kennedy on October 5, 1890 in the church's newly-constructed frame building. At a meeting the following week Mason and L. S. Wall were elected elders and B. H. Holt and H. F. McFarland were chosen as deacons.

Avondale Presbyterian Church moved from its original location to a new brick building at 4716 7th Avenue South in 1955. The congregation disbanded in 2009 and the 7th Avenue property was sold to Mount Lebanon Baptist Church.