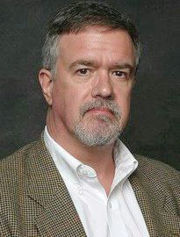 Slawson earned his bachelor's degree in journalism and and an environmental certificate at the School of Public and Environmental Affairs and Indiana University in Bloomington in 1980. He completed his juris doctorate at Samford University's Cumberland School of Law in 1986 and went into practice that same year.

In 1989, Slawson began handling case work for the Alabama Environmental Council and became the group's solar power advisor. He founded the AEC's "Solar Test House", which generates excess electrical power for sale back to the Alabama Power Company.