I had an epiphany about the "Individuals" section of the year pages. We've been inconsistent with how we use them, and I'm as guilty of that as anyone. Here's my current thought on how it should be used. Please feel free to point out all the holes. People who get positions related to the Birmingham District should go under the appropriate Events sub-section (e.g. mayors in Government, principals in Education, pastors in Religion). Birmingham-related people who get important positions elsewhere (e.g. Condoleezza Rice becoming Secretary of State) go in the top of the Individuals section (above the sub-sections). People arriving in the B'ham area also go there. Births, graduations, etc. remain as they are, of course. --Lkseitz 06:52, 31 December 2013 (PST)

I have some decent pics that my wife took with the "real" camera on Saturday. What sort of shot would you prefer that I upload to the new article? We were on the Houston (home) side, and the stands on the Vandy side were pretty full. We have some shots of game play, as well as the bands. If you have no preference I'll just pick what I think is the best one and post it soon. --Wheresdib 09:27, 6 January 2014 (PST)

I discovered a new resource for information: the Alabama High School Football Historical Society. Besides team records and coach bios, they also have some information on high school enrollments that might be handy. --Lkseitz 13:21, 9 January 2014 (PST)

So, is the goal to have 10,000 articles on the site before our 8th anniversary? I noticed our founder seems to have been creating more new articles than normal lately. --Lkseitz 13:49, 9 January 2014 (PST) 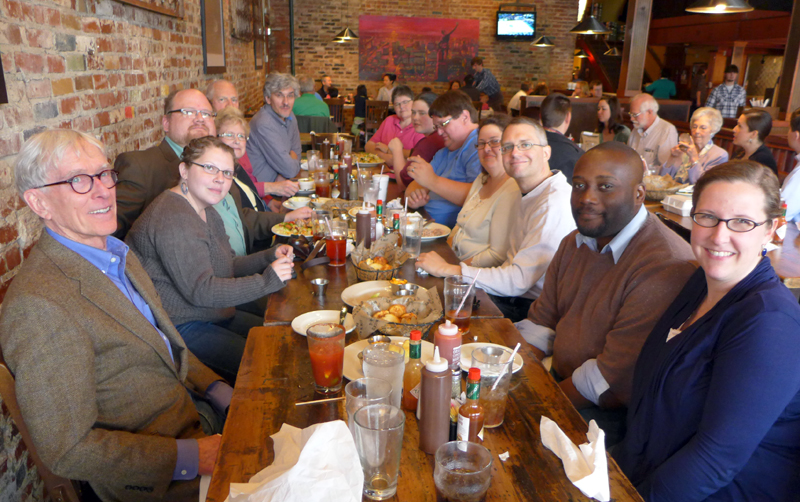 So, while the page says this page is copyrighted by UA, the actual maps are from the U.S. Geological Survey. Doesn't that make them works of the U.S. Government and therefore in the public domain? --Lkseitz 07:57, 19 February 2014 (PST)

So, is this street grid table worth working on further, or am I wasting my time? Some of the text is supposed to be rotated 90 degrees, but it's only implemented in select browsers at the moment. The final product would have it rotated in more. In other words, if it doesn't look good in your regular browser, try another. --Lkseitz 13:17, 4 June 2014 (PDT)

Yes, it's possible to use an imagemap, I just lack any sort of artistic skills to create an image for it. (And I don't think Google's going to let use a Google Maps screenshot.) A quick check shows that the ImageMap extension is bundled with MediaWiki starting with 1.21. We're only on 1.10, so we would either have to install it or upgrade.

Speaking of blocks, I worked at one point to do a table for those. I discovered they're too complex to make a generic template, but we could do them on a one-by-one basis. Use that link above and go back to the January 2011 version of the page to see them. They don't have to be as big as what you see there. That was just a result of my starting with the generic version for all possible addresses. --Lkseitz 20:33, 4 June 2014 (PDT)

Okay, how about this one? It looks good in every browser I've viewed it with, even on my phone. I even got that weird angle for Lynn Boulevard. (But anybody got Safari?) The purpose of these maps is simply to have a visual representation of the street layout of the area, not be geographically correct. Think of it as a subway map; good for figuring out how to get somewhere, but not so good for geocaching. :-) As far as individual buildings, I only marked those that take up entire blocks. Sadly, Independence Plaza does not fill its entire block, at least not as I've broken the map down here. (Actually, Our Lady of Sorrows doesn't either, but the map is so geographically out of whack in that corner I figured it was close enough.) --Lkseitz 06:32, 13 June 2014 (PDT)

On the plus side, the upgrade has allowed us to get the Sustainability Portal working correctly! --Lkseitz (talk) 20:09, 8 October 2014 (PDT)

Birmingham link on the main page

Shortly before the upgrade, I noticed something. There's no link to the Birmingham article on the Main Page! Given the name of the site, I think we should have a link to that article front and center. Ideally, starting from there, a user should be able to eventually reach any article on the site (without having to go through category pages). I'm sure that's probably not possible at the moment, but it's (yet) a(nother) goal to have. --Lkseitz (talk) 06:57, 11 October 2014 (PDT)

Do I assume we/Dystopos are/is going to slowly convert all the day entries to having split births and deaths? --Lkseitz (talk) 05:04, 12 November 2014 (PST)

Working with the Vulcan entries, it seemed Vulcan and Vulcan Park needed separate categories. The question I had problems with was which should be the parent of the other. I ultimately decided to make Category:Vulcan Park the child of Category:Vulcan. This was because the statue pre-existed the park. Or, in other words, the park exists because of the statue. I've thought about it too much at this point to know if that's counter-intuitive or not. The more important thing, I think, is that people should now have an easier time finding both entries while perusing the categories. --Lkseitz (talk) 07:03, 27 December 2014 (PST)