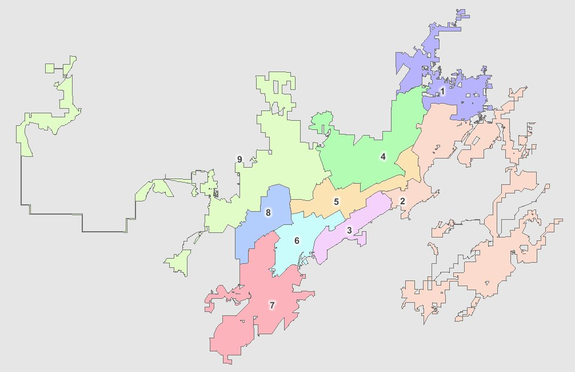 The district has 21,561 residents as of 2022, and is currently represented by Councilor Darrell O’Quinn.

District Five covers areas in downtown and eastern Birmingham. The district's borders were modified in 2013, adding sections of Avondale, Crestwood North, Woodlawn and East Lake from District 2 and District 3, while ceding Norwood to District 4, the UAB Campus to District 6 and East Thomas and Enon Ridge to District 9. Further population growth in the City Center and eastern neighborhoods caused District 5 to shed the northern parts of Fountain Heights and all of Druid Hills to District 9, and College Hills and Graymont to District 8 during the 2022 redistricting process.