Birmingham Fire Station No. 14 is located adjacent to Legion Field at 210 Graymont Ave W. The station was constructed in 2011, replacing the deteriorated and out-dated building at 535 8th Avenue West. The station serves the Graymont, College Hills, East Thomas, Smithfield, and Bush Hills communities. 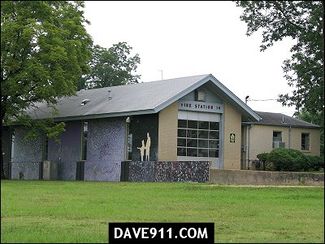 The original Fire Station No. 14 was located at 535 8th Avenue West. That station was constructed in 1926. In 1960 it was equipped with one 1939 vintage 750-gallon Seagrave pumper. A second pumper with the same capacity was stored at the station as a reserve.

In 2010 the city obtained federal stimulus funds to pay for construction of a new $1.8 million three-bay station to replace the existing building. The 9,000 square-foot building has a brick exterior, and environmentally-friendly design details. Ground was broken on the site of the former Graymont Armory in March 2011.

After completion of the new station, the old building was demolished. The original lettering from the front of the old station currently hangs on a plaque inside the new station.