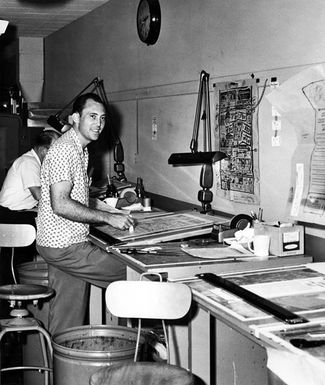 The Union's January 19, 1914 banquet in honor of Benjamin Franklin's 208th birthday was attended by more than 150 people at the Empire Hotel. Harris's Orchestra entertained diners who sat through several speeches, presentations and skits. At that time, Robert Schoppert was president and Wallace Peterson was secretary-treasurer. Among the attendees were J. H. F. Mosley and W. H. Jeffries, the only two charter members still active.

In 1945 the Birmingham Typographical Union included the newly-adopted ITU bylaws into its proposed contract with the city's three daily newspapers. The publishers objected to the language, which changed the relationship between parties during collective bargaining. When no contract was approved, the union members went on strike on July 12. Many of them secured traveling cards and took jobs in other cities during the five-week impasse. Mayor Cooper Green prevailed upon the parties' patriotism as Allied victory in World War II was announced, and succeeded in winning concessions from the publishers that ended the strike on August 14.