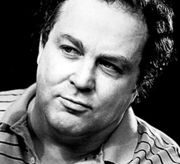 Clark was born in New Orleans, but grew up in Birmingham and later moved to Fort Lauderdale, Florida. He grew up poor, as his father died during his childhood and his mother was a barmaid. After attending Catawba College in Salisbury, North Carolina he won a football scholarship to Hillsdale College in Michigan, where he played quarterback. He later studied theater at the University of Miami.

Clark began his career making horror films, starting with a screen adaptation of the fable The Emperor's New Clothes starring John Carradine as "King Luvimself" which he made in Florida in 1966. He followed up with the sexploitation film She Man in 1969, then collaborated with screenwriter/make-up artist Alan Ormsby on a series of horror films. Children Shouldn't Play with Dead Things was followed with Deathdream (also known as Dead of Night) and Black Christmas. The latter two were among the first Hollywood-style films made in Canada to cut costs.

Clark was an executive producer for the film Moonrunners which inspired the television series "The Dukes of Hazzard". He made a brief foray into A-list film-making with Christopher Plummer starring as Sherlock Holmes in Murder by Decree (1979) and Jack Lemmon reprising his stage role in Tribute (1989).

The 1980s saw Clark returning to his B-movie roots with the highly successful teen exploitation film Porky's, which he based on his own experiences in South Florida. He wrote, produced and directed the 1983 sequel Porky's II: The Next Day, but was not involved in the follow-up Porky's Revenge.

He collaborated with co-writer Jean Shepherd on the coming-of-age film A Christmas Story, which underperformed initially but later became a much-loved holiday classic. After that he became known mostly as a director-for-hire for forgettable films such as Baby Geniuses and Rhinestone.

Clark and one of his two sons, Ariel, were killed in an auto wreck on the Pacific Coast Highway in April 2007. The driver of the SUV that collided head-on with their car was drunk and did not have a license. He was arrested and charged with vehicular manslaughter.

Clark's frequent collaborator Deren Abram produced and directed a documentary, ClarkWorld about Clark and his films.