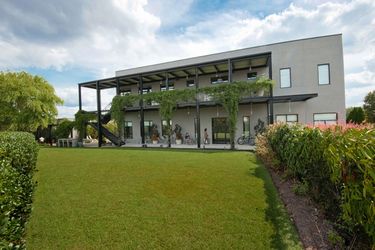 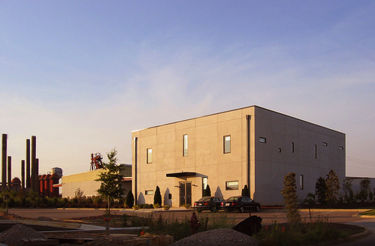 CCR Architecture & Interiors (formerly Cohen & Company and Cohen Carnaggio Reynolds) is an architecture firm with offices in a new building of their design at 2920 1st Avenue South. The firm consists of 14 architectural staff along with 3 interior designers and support staff.

The firm was founded by Tammy Cohen in 1996. In 1998 Cohen moved the business to a new live/work space at 2210 2nd Avenue North and brought in partners Richard Carnaggio and Karen Reynolds. Together they completed a string of small to medium-size projects, mainly renovations in the downtown area.

In 2005 the firm moved from downtown to rapidly developing 1st Avenue South corridor. Their offices are in a modernist bare concrete tilt-up building with a courtyard and upper-story residence. After the retirement of Karen Reynolds in 2016 and the addition of new partners Roman Gary, Scott Burnett and Lissy Frese, the firm adopted its present name.

CCR Architecture & Interiors has won local design awards from the American Institute of Architects for the YMCA Youth Center, Liv on Fifth, The Stockyard at Railroad Park, Pediatrics East Deerfoot, and many others. Cohen was presented with their "Birmingham Accolade Award" in 2015. The Birmingham Historical Society has honored their work in preserving historic buildings such as the Dewberry Building, Phoenix Building, Café Dupont, Ballard Building, the Kress Building, and the former Rialto Theater

The American Subcontractor's Association of Alabama gave the firm their 2005 "Architect of the Year" award, and presented Carnaggio with the same honor in 2017.