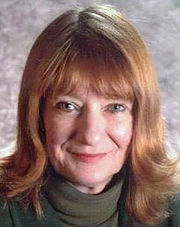 Carol Brown Duncan, formerly Carol Reynolds (born c. 1952 in Birmingham) is coordinator for the Cahaba Pump Station museum of the Birmingham Water Works and represented District 2 in the Birmingham City Council from 2001 to 2009.

Duncan is the daughter of a registered nurse and a United Steel Workers union organizer. She spent 15 years in retail management before joining the Water Works in 1987. She was first elected to the City Council in 2001, and re-elected in 2005. She served as Chair of the Transportation and Communication Committee and was a member of the Economic Development committee and the Planning and Zoning committee.

On the Council, Duncan supported commercial redevelopment in the Eastwood area, including incentives for the building of a Publix Supermarket and a new retail center anchored by Wal-Mart on the site of Eastwood Mall. She participated in generating public input for the city's Crestwood-Oporto District Redevelopment Plan.

In March 2007, she married Ken Duncan, a retired juvenile justice worker. Prior to that, she was known as Carol Reynolds.

In her 2009 campaign Duncan pledged to support In-Town Transit Partnership, the hiring of local workers for the expansion of the BJCC, and to oppose completion of the Northern Beltline. During the runoff campaign she mentioned revitalization of shopping districts, support for new public facilities in the eastern and over-the-mountain areas, continued progress on covering drainage ditches, and her desire for a mandatory city-wide recycling program.

In late September flyers designed to look like $1 million bills with a dual portrait of Duncan's runoff opponent Kim Rafferty and Frank Mathews and slogans "Can't Get One Without the Other" and "We Are In the Money" appeared on the streets. Rafferty accused Duncan's supporters of smearing her. Duncan denied any involvement. Duncan ultimately lost the election after going to a runoff with Rafferty.