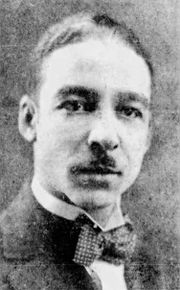 Carol William Hayes (born January 27, 1897 in Hopkinsville, Kentucky; died November 7, 1988) was "Director of Negro Schools" for Birmingham City Schools until his retirement in 1966.

Hayes was the son of Pinkney J. and Mary Beanan Hayes of Christian County, Kentucky. He attended public schools in his home town, then earned a bachelor of science from Tennessee State University and a master's at Columbia University in New York, New York.

After coming to Birmingham, Hayes served as principal of Slater School and Lincoln School, then as assistant to principal A. H. Parker at Industrial High School. After accepting the position of Director of Negro Schools he advocated for the establishment of libraries in every school, and for a teachers' professional library at Parker High School. He retired in 1966, shortly after the Desegregation of Birmingham City Schools.

Hayes also served as president of the Negro division for the Birmingham Community Chest and as a visiting professor for the Birmingham center of Alabama State College. In 1985 Hayes was made an honorary inductee into the Alabama Jazz Hall of Fame.