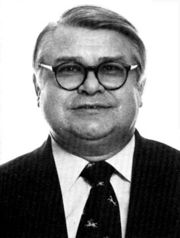 Doss was born in North Alabama, the son of Hershel and Dorothy Blalock Doss. He graduated from Cullman High School as class president and then completed an undergraduate degree at Samford University in 1957. He went on to earn a divinity degree at the Eastern Baptist Theological Seminary in Wynnewood, Pennsylvania, a master's in library science at Drexel University in Philadelphia and a juris doctorate at Samford's Cumberland School of Law in 1968. While studying library science he pastored a church in the state's coal mining region.

Doss returned to Alabama in 1964 to accept the position of law librarian at Samford, remaining for three years. In 1967 he became the executive director of the Alabama Democratic Executive Committee and, along with Judge Robert Vance, helped arrange for the state's first integrated delegation to a national convention in 1968. Later Doss was targeted by the same type of mail bomb that killed Vance.

Doss was elected to the Alabama House of Representatives in 1970 and served a four year term. He authored the 1973 Ethics Act of Alabama which has been a model for at least 14 other states.

Doss was elected to the Jefferson County Commission in 1974 and was re-elected in 1978, assuming the presidency before he was re-elected again in 1982. He did not run again in 1986, instead returning to Samford as the first director of the Samford University Center for the Study of Law and the Church in 1987. He held the chair until his retirement in 2005.

His work as court monitor during the enforcement of the 1997 DeKalb County school prayer case led to his being given the first Walter Cronkite Faith and Freedom Award presented by the Interfaith Alliance in 1999.

A devotee of history, he has served as president of the Alabama Historical Association (1983-84) and Alabama Baptist Historical Society. He has written on Alabama's rivers, outlaw Rube Burrow, the founders of Howard College, and other subjects. He maintains a law office in Hoover.