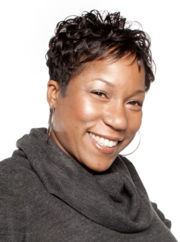 Daagye Hendricks (born c. 1978 in Birmingham) is a business student at the University of Alabama and a candidate for Birmingham Board of Education District 4 in the 2013 Birmingham municipal election.

Hendricks is the daughter of former Birmingham City Council representative Elias Hendricks and Jefferson County Tax Assessor and Birmingham Airport Authority chair Gaynell Hendricks. She attended Homewood High School and graduated from Shades Valley High School in 1992. She then earned her bachelor of arts in finance at Clark Atlanta University in 1996.

Hendricks began her career as a client service manager for GE Capital and served as vice president of operations for Wee Care Academy from 1999 to 2005. From then until 2013 Hendricks was employed as an employment officer and as parking and ground transportation manager at Birmingham-Shuttlesworth International Airport. She is currently pursuing an executive MBA.

Hendricks, whose son, Noah, was a fifth-grader at the time, ran for a seat on the Birmingham Board of Education in 2013. She was endorsed by several groups, including the Jefferson County Coalition and the New South Coalition.