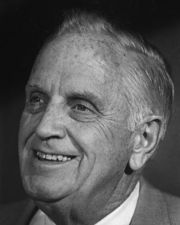 White was raised in Atlanta and attended Boys High School (now Henry W. Grady High School). He earned his bachelor's degree at Birmingham-Southern College and attended medical school at the Alabama School of Medicine in Tuscaloosa before completing medical school at the University of Virginia in 1947. After two years serving with the U.S. Navy in World War II he returned to Birmingham to complete his pediatric residency at Children's Hospital.

White established his practice in a former residence at 31 Church Street, across from Crestline Elementary School in Mountain Brook's Crestline Village, and became a trusted family physician during his long practice. He also kept active in hospital service as President of Staff at Children's Hospital and as one of the founders and chiefs of staff of pediatric care at Montclair Baptist Medical Center. In the mid-1970s, White left his private practice, but continued as a professor of pediatrics and medical director of student health at UAB until he retired in 1987.

White was an avid part-time farmer and owned a sod farm in Montevallo, a peach orchard in Thorsby, and a blueberry farm in Pelham.

After leaving office, White was appointed to the Alabama Commission of Environmental Management, serving through 1992. He remained active in civic and charitable pursuits during his retirement. He served on the boards of Young Life, Youth For Christ, the Juvenile Justice Coordinating Council, Kirkwood by the River. He was especially active on the board of The King's Ranch and served a two-year term as executive director when founder Tom Owen stepped down. He also chaired the committee that constructed the Colonial Chapel at American Village in Montevallo. White was also a deacon, elder, trustee, Presbytery representative, and Sunday School teacher at South Highland Presbyterian Church. He personally led efforts to add a cross on the roof of the church during its 2008 renovation.

White died in 2013. He was survived by his wife, Lillian, four children, thirteen grandchildren, and ten great-grandchildren.