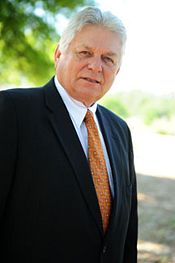 Chamberlain graduated from Albert G. Parrish High School and attended Livingston University on a football and track scholarship. He left in 1968 to serve in the Marine Corps during the Vietnam War and afterwards completed a bachelor's degree in marketing at the University of Alabama in 1973. He went into marketing products for the shipbuilding, pulp and paper and power generation industries. He worked with prolific inventor Jack Gilbert and was inspired to successfully apply for two patents of his own.

Chamberlain ran for the 1st District congressional seat in Mobile in 1994 and in the 7th District from Selma in 2002.