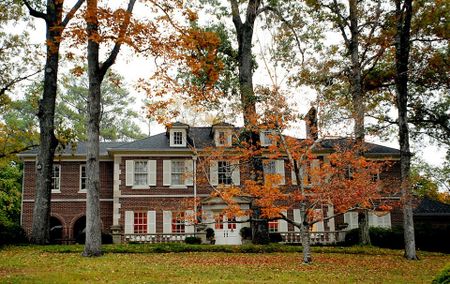 The Donnachaidh residence, built in 1926 to designs by Warren, Knight and Davis architects, is a 5 bedroom, 5 bath, 10,000 square foot brick and limestone manor house located at 3012 Southwood Road in the Jemison Park area of Mountain Brook. The estate also includes a guest house, limestone gazebo and pond on three acres.

Donnachaidh, the man for whom it was built, never lived in the house, due to large stock market losses. Residents of the house have included Charles and Margaret Gaines, parents of Stay Hungry author Charles Gaines. The current residents, William and Lisa Roberts have lived there since Christmas Day 1981. The Robertses expanded the home to 10,000 square feet by enlarging the kitchen, adding a media room, a new great room, a wraparound terrace, and a new master suite

The house was on the market in December 2006, listed for $4.5 million, but did not sell. In April-May 2007 the Donnachaidh-Roberts residence served as the Decorator's ShowHouse to raise funds for the Alabama Symphony Orchestra. William Roberts, who suffered from Parkinson's disease, died afew months later. Lisa put the house back on the market in 2016 with an asking price of $3.2 million.