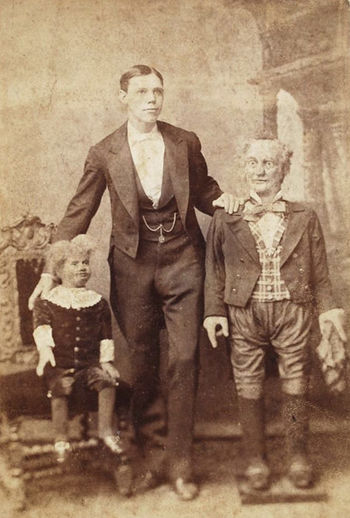 Loosley performed as a ventriloquist, and had gained some experience working in a bicycle shop in London before he moved to Cumbria to join a thriving bicycle shop at Carlisle. He married the former Isabel Thompson, a relative of the business owner, on December 27, 1887. She bore him two children, neither of which survived infancy.

In search of a warmer climate to preserve his health, the couple, joined by Isabel's sister Elizabeth (Lizzie), emigrated to the United States in 1890 or 1891 and settled in Birmingham. Loosley was hired by Robert Baugh's Birmingham Arms Company in 1892, and developed the first safety bicycle constructed in the state, which he called the "Arrow". He constructed and finished the frame and wheels, and attached factory-made gearing, brakes, saddles and other fittings. As bicycling grew rapidly in popularity, Loosley was placed in charge of the repair department for what was then called the Birmingham Arms & Cycle Company.

With a group of investors, he incorporated the Loosley Cycle Co. on May 3, 1894, taking on the role of manager of the company, initially located on Morris Avenue. The shop, which soon moved to 1711 2nd Avenue North, performed repairs and custom modifications, with a focus on competitive cycling. The Loosley Cycle Co. was recognized as the "official" repairers for the Alabama Division, League of American Wheelmen, and sponsored local races. Above the shop Junius Whaley opened a riding school.

Loosley developed specialized racing bicycles, such as the "Birmingham Scorcher" used by famed racer Ed Warren. He also sold a "Birmingham Bicycle" of his own design for a flat $40.00, and built a custom miniature bicycle for Mary Munger when she was learning to ride at the age of 2. Loosley also submitted patent applications for a chain guard and crank drawer, but neither were granted before his death.

Loosley and his wife resided at "Rickerby Cottage" at 1002 Tuscaloosa Avenue in West End, named for a prominent estate in Carlisle. During a return visit to England in September 1894, Lizzie succumbed to tuberculosis. She was buried near her parents in Carlisle. Loosley returned home, sharing the cottage with a yellow bulldog named Bruno, but died soon later, in February 1895.

Loosley was buried at Oak Hill Cemetery where a sandstone marker carries his name alongside Isabels. Though that stone remains, Loosley's remains were moved to Elmwood Cemetery, closer to Lizzie, in 1908.

The Loosley Cycle Co. survived the death of its namesake into the early 1900s, with Mat Stradford taking over as manager and S. T. Starks heading the repair shop. The company even operated a branch shop in the YMCA building in Selma.