This article is about the BJCTA official. For the 1940s professional football player, see Frank Martin (NFL). 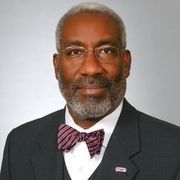 Martin grew up in Nashville, Tennessee. He graduated in 1968 from Pearl Senior High School and earned a bachelor of science in business administration at Tennessee State University in 1973. He completed a master's in urban and regional planning from Fisk University in 1974. His thesis investigated the impact of Interstate 40 on the bus routes operating in North Nashville. After graduating he joined the North Central Florida Regional Planning Council as a local assistance and mass transit planner.

In 1978 he was hired as a vice president for contract management by Ryder/ATE, which contracted with transit companies to provide management services. He moved to Richmond, Virginia as director of operations planning for the Greater Richmond Transit Company.

Martin was hired as assistant general manager of BJCTA in July 1980. Less than a year later he was promoted to general manager and executive director. He was responsible for restoring operations of the poorly-funded transit authority after a three-month shutdown.

He left in April 1984 to accept the position of assistant general manager for New Orleans' Regional Transportation Authority (RTA) and was promoted to general manager in October of the same year.

Martin left Ryder and RTA in 1987 to become assistant director of rail services for Miami-Dade Transit. In his 12 years in Miami, he managed operations of a large division and helped implement the region's commuter rail system. In 1999 he moved to San Jose, California as chief operating officer of the Santa Clara Valley Transportation Authority.

In 2004 Martin went to work for the Tampa, Florida-based planning and engineering firm of Post, Buckley, Schuh & Jernigan (PBS&J) as a senior vice president in its transportation group. While there he managed an inquiry into the operations of the Southeastern Pennsylvania Transportation Authority; advised the construction managers for the Central Phoenix/East Valley Light Rail Transit Project in Phoenix, Arizona; oversaw a 10-year engineering consulting contract for the Metropolitan Atlanta Rapid Transit Authority (MARTA); participated in the project management consultant team for Miami-Dade Transit's "People's Transportation Plan;" and served as principal in charge for planning and development of a $330 million Hampton Roads Transit light rail corridor in Norfolk, Virginia.

In April 2014 Martin went into business for himself as an independent consultant, based in Clermont, Florida. In December 2018 he was selected to succeed Christopher Ruffin as interim director of BJCTA. His primary task was to help rebuild the system's reputation after a turbulent stretch which was marked by the resignation of director Ann Dawson-August over a conflict with the BJCTA board in 2015 and with the departure of finance director Karen Jacobs in 2018. Martin managed to significantly improve transit system performance, while also laboring to align service with significant funding discrepancies. In June 2019 the board voted to name him as permanent chief executive and executive director.

Martin has held several leadership positions with the American Public Transportation Association and was inducted into its Hall of Fame in 2016. He has also served on the board of governors for Florida's State University System and chaired the board of trustees for Florida Polytechnic University.