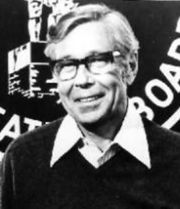 Wagner was the son of Dan Wagner. He graduated from West End High School in 1941 where he lettered in football, tennis and track and was elected president of the student body. He enrolled at Howard College on a football scholarship, but entered the U.S. Navy in 1942 for service during World War II. He served for 14 months at sea aboard the U.S.S. Griffin, flagship of the 12th Submarine Squadron, as a Petty Officer, First Class. He was awarded a Battle Star for his service in the South Pacific Campaign and also awarded the Philippines Liberation Medal, American Defense Medal and Victory Medal. He was discharged in December 1945 and then attended Birmingham-Southern College, graduating in 1948. He went on to complete a master of arts at Vanderbilt University's Peabody College in 1949.

Wagner worked as an assistant coach and teacher at the Gulf Coast Military Academy in 1949-1950, then returned to Birmingham to teach and coach at Jones Valley High School. He joined the staff of the Mountain Brook Club as a summer tennis pro. Wagner was hired as teacher and assistant football coach at Talladega High School and as Parks & Recreation Director for the city of Talladega in 1954. In 1960 he was appointed assistant director of parks & recreation for the City of Birmingham, and was promoted to succeed King Sparks Jr the following year. It was his duty to close the city parks when the Birmingham City Commission decided to defy a federal court order to open them on an integrated basis.

In the late 1960s, Wagner led the development of 16 new public swimming pools. Expecting racial tensions, the board hired off-duty Birmingham Police Department officers as security guards. One of those guards, Kenneth Spencer, was shot to death during an altercation at Harris Park. All city pools were shut down for the remainder of the year and reopened in 1970 under pressure from the U.S. Department of Housing and Urban Development. After reopening, swimming was limited to children under 15 years old, with a maximum of 150 swimmers per pool.

Wagner retired from the directorship in 1987. During his career he also served as president of the Alabama Recreation and Parks Society, co-chair of the Southern Championship Tennis Tournament. He was inducted into the Birmingham-Southern College Sports Hall of Fame in 1988 and the Alabama Tennis Association Hall of Fame in 1992.

Wagner died in 2015 and was interred in the columbarium at St Francis Xavier Church. He was survived by his wife, Merlee; two daughters, two grandchildren and two great-grandchildren.