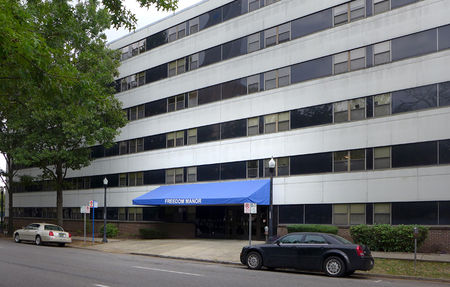 The Freedom Manor is a six-story public housing project operated by the Housing Authority of the Birmingham District located at 1617 5th Avenue North in the Fountain Heights neighborhood of the Northside community.

On February 6, 2013 a driver plowed into one of the ground floor apartments. No one was injured. In December 2016 HABD announced a $4 million project to reclad the exterior of the building and update finishes and security on the interior. Nolanda Hatcher of Studio 2H Design served as architect for the renovations. The proposal was approved by the Birmingham Design Review Committee on September 27, 2017. The cost of the renovation project swelled to $8 million before work was completed in early 2020.