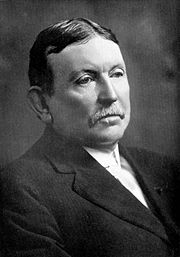 Cruikshank was the son of Marcus Cruikshank, a Confederate congressman and mayor of Talladega, and his wife, the former Matilda Chrisman. He was raised in Talladega and completed his studies there with a bachelor of arts degree, and remained to teach in the county schools. He read law and was admitted to the Alabama bar, but remained an educator, working at the Alabama School for the Blind. He entered journalism as editor of the Talladega Reporter.

In 1883 Cruikshank moved to Birmingham to become editor of the Birmingham Chronicle and boarded at the home of its publisher, Frank Evans. He married the former Mary R. Smith on October 7, 1887. In 1890 he relocated to Washington, D. C. to superintend the house folding room (from whence Congressional mail was sent). He resigned in 1893 when he was appointed Assistant Postmaster of Birmingham. After his four year term he became editor of the Birmingham Ledger, which he built from a small publication to become one of the larger papers in the South. He built a large residence on Highland Avenue before 1910. The Ledger was purchased by The Birmingham News in 1920.

Cruikshanks' A History of Birmingham and its Environs was published in two volumes in 1920. He was a Master Mason, a member of the Alabama Press Association and the Birmingham Press Club, as well as the Commercial Club of Birmingham. He was president of the Birmingham Society for the Prevention of Cruelty to Animals. He and his wife had two children, Mary and Marcus.

Cruikshank died in 1936 and is buried at Grand Bay Cemetery in Mobile County.