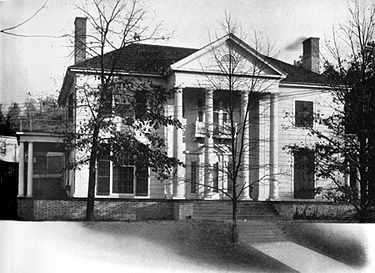 The Greek Revival-style two-story house featured a two-story tetrastyle entrance portico with a pedimented entryway and a small balcony from the hall recessed behind four elongated Doric columns. The rectangular house was clap-boarded above a brick foundation wall. The roof was hipped with a chimney at each end.

Planned Parenthood of Alabama's offices were constructed on the site of the former residence.