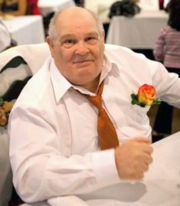 Bertolone and his wife, Elvira immigrated to California in 1977 and opened a Joe's Ristorante Italiano in Gilroy in 1981. The sold it in 2007 in order to move to Shelby County to be closer to their daughters Mary and Sonia. Their son, Michael joined them soon afterward and helped open a Joe's Italian in Alabaster in 2009. Giuseppe usually worked as a greeter at the popular restaurant.

Bertolone stopped breathing while working in March 2013 and was transported to Shelby Baptist Medical Center where he was pronounced dead.