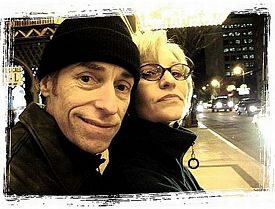 Glen & Libba is a popular acoustic duet comprised of Glen Butts and Libba Walker, who first played together as members of the fusion-inspired Forecast in 1978. The group went through two name changes, a broad evolution into funk, and a short-lived record deal. They still perform as part of The Cast when not appearing as a duo.