Grant's Mill Road is a long road running south by southeast from Crestwood Boulevard in Irondale to Cahaba Valley Road just south of Lake Purdy. It is named for the former Grant's Mill, located near where the road now crosses the Cahaba River below Hogpen Branch. Much of the route is also designated as Jefferson County Road 143. 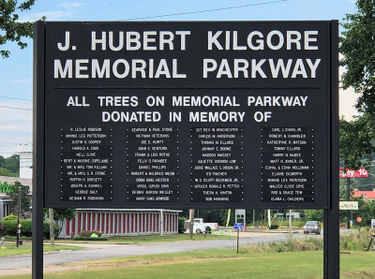 J. Hubert Kilgore Memorial Parkway (also called Kilgore Memorial Drive) is an honorary name for the northernmost section of Grant's Mill Road which interchanges with I-20 and U.S. Highway 78 over Shades Creek in Irondale and continues as 20th Street South Irondale. It is named in memory of former Irondale Mayor James Hubert Kilgore and marked with a sign in the median just north of Highway 78.