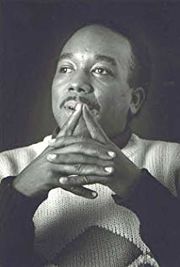 DeBardeleben was the son of Reverend James DeBardeleben and the former Rebecca Nalls. He attended Birmingham-Southern College and Eastern Michigan University, and also served in the U.S. Army. He worked at WBRC-TV as a studio manager and was promoted to director/technical director in 1975. He left Birmingham in 1977 to work for WKYT-TV in Lexington, Kentucky, then worked as a studio/field engineer for the ABC Network in New York City from 1979 to 1984.

DeBardeleben worked on numerous productions as a grip or key grip and as production manager for Ultimate Fighting Championship programs. He was a second assistant director on The Verne Miller Story, filmed partly in Birmingham and Springville, and has produced and photographed segments for many other productions using Alabama locations. Through his own company he managed many commercial and industrial film projects in the region.

In 1993 DeBardeleben was appointed to the Alabama Film Commission's Advisory Board. He also served on the media relations committee for the Birmingham Chamber of Commerce and the advisory board and curriculum certification committee for Birmingham City Schools in-house TV production program.

From 2004 to 2005 DeBardeleben was active on the Alabama Film Office's Film Legislation Political Action Committee.

DeBardeleben died in 2013 and is buried at the Alabama National Cemetery in Montevallo.