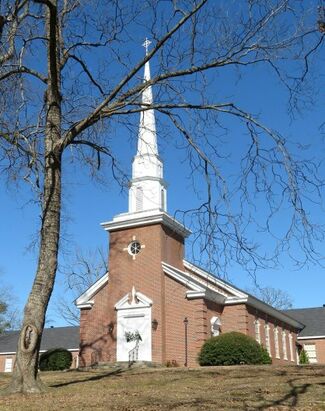 The congregation, which had been holding meetings since 1883, constructed its first frame church building on land donated by William Sellers near the intersection of Oxmoor Road and Green Springs Highway. That building was replaced three times.

In 1892 the church became the home of the Zelosophian Academy, a private grade school founded and operated by James Hall. The school soon moved into a separate building next to the church. The school closed in 1908 and its building burned down in 1920.

Oak Grove was annexed into Homewood in 1955. Part of the church property was acquired for construction of I-65 in 1967. The Oak Grove Presbyterian Church Cemetery remains in a small fenced area between commercial lots. The rest of the property was sold to the developers of the Green Springs Shopping Center.

The congregation subsequently moved to a new Colonial Revival-style building on Columbiana Road. The Birmingham Presbytery gave the church its present name in 1979. An addition to the church was completed in 1983.