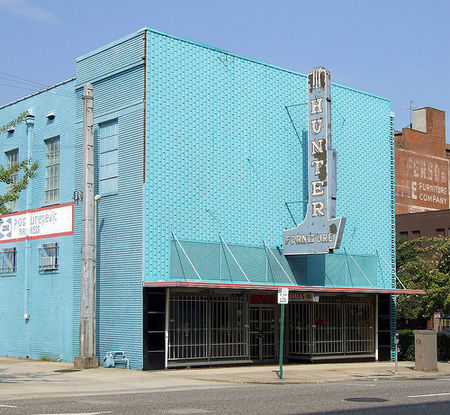 Hunter Furniture in 2006. Photo by esywalkr

Hunter Furniture was a furniture store located at 112 18th Street North from 1920 to 2009. The store was co-founded by Walter Hunter in February 1920 and was inherited by his sons Walter Jr and Bob Hunter in 1969. The store was one of the few to extend credit to African-American customers before desegregation. It survived a push for demolition in the 1980s, helped by a petition signed by customers.

The Hunters closed the 8,500 square foot store on November 6, 2009. It was purchased and renovated as Dog Days of Birmingham, a pet daycare.