This article is about the 1884 building. For the 1913 skyscraper, see City Federal Building. 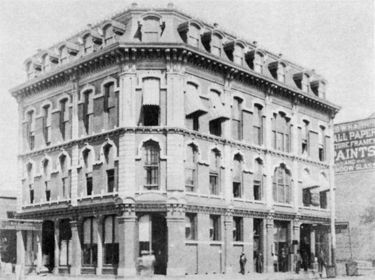 The Jefferson County Bank building with its original mansard roof 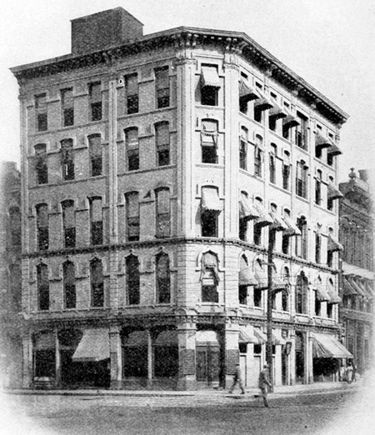 The Jefferson County Savings Bank Building (also called the Enslen Bank Building) was constructed in 1884 as the home of the Jefferson County Savings Bank on the southeast corner of 2nd Avenue North and 21st Street. The four-story building was commissioned by the bank's owner, Christian Enslen and executed in a heavily-ornamented French style with a mansard roof above a deep bracketed cornice. The ground floor was brick with thick pilasters and a prominent corner entrance. The upper floors had projecting arches and deep-set double-hung windows. The attic story was marked by arched dormers and an ornamented ridge.

In the 1880s the building housed the offices of the Industrial Protective Association of Alabama, B. L. Hibbard, attorney, and Rousseau & Detterich, Architects. At some point before 1909 the building's height was increased to five floors with a new projecting cornice.

Enslen retired in 1911 and left the bank to his son, Eugene, who immediately began planning for a monumental new bank building. He commissioned the 25-story Jefferson County Savings Bank building which became the tallest building in the south when it was completed in 1913.

The older building was sold. It housed the Southern District offices of the Independent Pneumatic Tool Company in 1918 and was used to register draftees during World War I. On August 1, 1919 it became the home of the Birmingham Branch of the Federal Reserve Bank of Atlanta. The second floor housed the 19-room U. S. Quality Shoe Stores in the 1920s.

The building was demolished to make way for the Florentine Building, originally planned as a 10-story tower, but capped off at two stories in 1927.