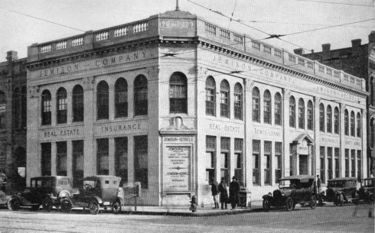 The Jemison Company, also called the Jemison Real Estate & Insurance Co., was a company founded in 1903 by Robert Jemison Jr that was responsible for developing many residential and industrial suburbs in the Birmingham District. It was the parent of the Jemison-Seibels Insurance Agency, and of numerous individual "land companies" that were organized along with each major development. The company's commitment to high-quality landscape planning and design is credited with setting the standard for residential development in the area, and their reputation for successful developments attracted industrial and public investment to the region.

The Jemison Company was headquartered at 211 20th Street North in 1914, then at 2024 3rd Avenue North, and later moved across 21st Street to the Jemison Building, which was completed in 1925.