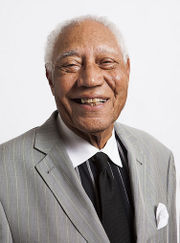 Jesse J. Lewis Sr (born January 3, 1925 in Tuscaloosa) is the founder of the Birmingham Times and a political and public relations consultant.

Lewis dropped out of high school to enlist in the U.S. Army during World War II. After his discharge he completed high school and then earned a bachelor's degree in business administration at Miles College. He also studied at the University of Alabama and New York University and earned a master's at Troy State University and a doctorate at Atlanta University.

Lewis worked as a reporter for the Birmingham World and Birmingham Mirror. He and his wife, Helen have two sons.

He founded the Jesse J. Lewis and Associates marketing firm in 1954, with offices at 1522 4th Avenue North. After selling the successful business to his younger son Jesse Jr, he planned the launch of a national entertainment magazine called Showtime, which he sold before getting it off the ground.

In 1964 Lewis founded the weekly Birmingham Times with a long-term advertising commitment from Bruno's supermarkets. Lewis joined with financier Oscar Hyde, contractor Leroy Gaillard, Jr and others to charter the American National Bank. The same group also made a bid to purchase WBMG-42, but both initiatives failed after Hyde was indicted in an extortion scheme with Attorney General Richmond Flowers.

Despite criticism for the paper's right-leaning editorials (Lewis endorsed George Wallace for Governor and both Presidents Bush), it was successful. Lewis sold the paper to his older son, James, in 1994.

Lewis was a partner in the first Black-owned Walgreen's drug store in Alabama and founded the Lewis Mortgage Investment Company. 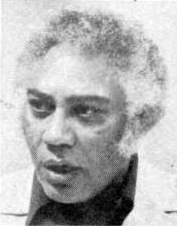 In 1975 Lewis was appointed to succeed Bob Simpson as head Alabama's Office of Highway and Traffic Safety, the first African American to serve in Governor George Wallace's cabinet. He was charged by federal investigators with bid rigging and mail fraud in connection with the sale of ambulances to local governments. Lewis was acquitted at trial in 1981.

Governor Wallace, normally an ex-officio member of the Alabama Board of Education, chaired a 1978 meeting at which Lewis was appointed to serve as president of Lawson State Technical College.

In 1995, Lewis founded a new consulting firm, the Lewis Group, which worked under contract as a consultant for the BJCC. He is also the founder of Agency 54, a communications and public relations firm which operates as part of the Lewis Group.

Lewis was inducted into the Birmingham Business Hall of Fame in 2019.