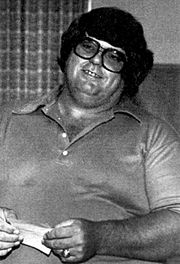 Jeffrey attended City High School in Chattanooga and accepted a football scholarship to Auburn University. He suffered a knee injury early in his freshman year. He left the program and returned home for surgery. After recovering he worked out with the Tennessee Tech team until he was able to convince Shug Jordan to let him return to Auburn.

Jeffrey played tackle on offense and defense for the 1957 and 1958 Auburn Tigers football teams, going undefeated and winning a National Championship in his first full season. He played in the Blue-Gray Game and the Senior Bowl. He was drafted to play professionally for the Chicago Cardinals, but chose to pursue teaching instead.

Jeffrey earned a bachelor's degree in education and social studies at Auburn and a master's in administration at the University of Montevallo. He coached at Tuskegee High School for two years, and then at T. R. Miller High School in Brewton. He spent a few years in sales before returning to coaching at E. B. Erwin High School in Center Point, where he started a wrestling program. He joined the faculty of Vestavia Hills High School in 1977 and coached both football and wrestling until 1982. Though he had no experience in wrestling, his teams combined for a 113-4-2 overall record, with 48 athletes winning state championships. He was Director of the Alabama State High School Wrestling Tournament, represented the Southeast on the National Wrestling Rules Committee, and was a member of the Board of Directors of the National Federation of High School Athletics.

Jeffrey founded Vestavia's Alternative School program for at-risk students and designed an alcohol/drug program for the system. He was named Director of Auxiliary Services for the school system and created the Drug-Free Schools and Peer Helper programs, including substance testing for extra-curricular programs. He coordinated school busing and developed the system's Crisis Management Plan. He retired in 2005.

Jeffrey was also a Level III instructor and trainer for the Alabama Court Referral Program and Director of Headquarters at Alabama Boys State. The James Edward Jeffrey Leadership Scholarship for Boys State participants at Auburn is named in his honor.

Jeffrey died in 2011 from lung cancer. He was survived by his wife, Inez, seven children and five grandchildren.