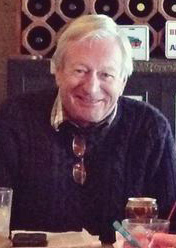 Watson, the third of four brothers, owned a string of restaurants and bars. He opened the Midnight Voice in the early 1970s, but closed down shortly afterward and moved to Texas. After returning to Birmingham. He and his brother opened the bar at The Garages on 10th Terrace South in February 1994.

Watson died from injuries sustained in a vehicle collision on I-65 north of Montgomery in March 2014.