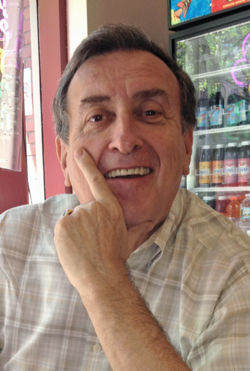 Gregory John Katopodis (born July 23, 1947 in Birmingham) is a businessman, former president of the Birmingham City Council, former member of the Jefferson County Commission, and ran in the 1979 and 1983 Birmingham mayoral elections.

Katopodis, the son of a Greek immigrant father and a mother of Scottish descent, was born at Princeton Baptist Medical Center and grew up in Birmingham. He attended Bush Elementary School until second grade, but then moved with his mother to a series of his step-father's Navy postings. He converted to Catholicism while in grade school at Sacred Heart Elementary in Pensacola, Florida.

During the 1970 Georgia gubernatorial campaign, Katopodis worked in former Governor Carl Sanders' campaign against State Senator Jimmy Carter in the Democratic primary, which Sanders lost in a runoff. Subsequently he was appointed a director of federal programs, leading a staff assigned to oversee the desegregation of schools in Sumter County, Georgia, where Carter had served as chairman of the school board.

In 1972, Katopodis enrolled in graduate school at Harvard University, earning a master's in public administration a year later from the Kennedy School of Government. He also completed a doctorate in education at Harvard, writing a dissertation entitled "Resegregation in the South: The Case of Sumter County, Georgia" in 1975. Katopodis was awarded a Fulbright scholarship to Sweden and was a recipient of Harvard's Sheldon Prize and several other academic awards.

After completing his degree, Katopodis returned to Birmingham to take a position as special assistant to Birmingham City Schools superintendent Wilmer Cody, overseeing the system's continuing implementation of court-ordered integration under a five-year contract. His position was eliminated by the Birmingham Board of Education in 1976, but Katopodis won reinstatement in federal court. Judge Foy Guin faulted the elected board for taking action to nullify his contract without the recommendation of the superintendent. Katopodis left shortly thereafter, though, to become associate director of the Alabama School of Fine Arts, leading the drive to build the school's current campus. 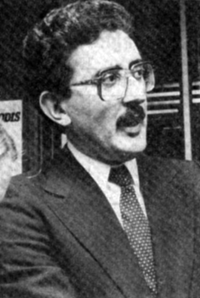 With the backing of the Progressive Democratic Council, Katopodis was elected to an at-large seat in the Birmingham City Council in 1977. He and fellow freshman councilor Larry Langford often worked together to challenge the status quo on the council.

Two years later he joined a large group of challengers (including current Mayor Larry Langford) running to unseat incumbent David Vann in the 1979 Birmingham mayoral election. Katopodis missed the runoff by 97 votes. Richard Arrington, Jr won that runoff against Frank Parsons and became the city's first African-American mayor. Katopodis remained on the council and became its president in 1981. As chair of the Council's Planning and Zoning Committee he developed programs to combat slum housing and to beautify streetscapes. He also pushed for fluoridation of the water supplied by the Birmingham Water Works to improve public health. He also negotiated the transfer of Albert Bierstadt's "Looking Down Yosemite Valley" to the Birmingham Museum of Art and took the initiative to change the motto in the council's chambers from "Cities are what men make them" to "Cities are what we make them". The change was made without cost to the city, as the "M" in men was turned upside-down and the "N" removed and given to Nina Miglionico in recognition of her trailblazing tenure on the council. 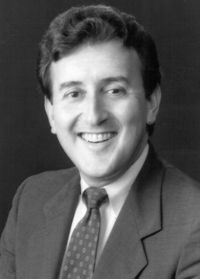 Katopodis as Council President in 1981

Katopodis challenged Arrington's incumbency in the 1983 mayor election, with both candidates pledging not to engage in "race-baiting", as had been experienced in Chicago's mayoral race earlier that year. Annexation of majority-black neighborhoods and a surge in voter registration by African Americans during the 1982 presidential election gave Arrington a more secure political base, and Katopodis lost by a margin of 20%.

Katopodis left the council in 1985 and, running as a Republican, defeated O. Z. Hall, Jr for the District 5 seat on the newly-expanded Jefferson County Commission in 1986. While he was in office he continued to push for beautification projects, as well as implementing a county-wide student council program. He was critical of Commission president Chris McNair during his term and became more active in the state Republican Party.

While he was in office a business in which Katopodis was sole shareholder, Robert Turner Optical, was reported to owe the City of Birmingham more than $10,000 in unpaid sales taxes. A state audit also held Katopodis responsible for $659 in personal calls made from his office on county-owned phones. Katopodis maintained that the accusations were politically motivated and that he made reimbursements to the county for unavoidable personal calls made on county phones.

Katopodis' tenure on the Commission ended when Gary White defeated him in the 1990 Republican primary. White later pursued a redistricting plan that placed Katopodis' residence in the predominantly-black district represented by Chris McNair. In the 1990s Katopodis tried to spur closer ties between area governments forming the Council of Cooperating Governments. The organization's primary project was a campaign to establish a new regional airport in Alabama to serve Atlanta and Birmingham. In 2001 the FBI interviewed Katopodis about an alleged "shakedown" in which Roger Clinton would get a lucrative consulting job from the Council in exchange for participation from the Secretary of Transportation in their efforts.

In his career in public service, Katopodis has been involved in a number of public projects including the creation of EPIC School, an elementary school in Birmingham that mainstreams disabled children, as well as the McWane Science Center, an interactive science museum. He has also served as chair of the Birmingham Regional Planning Commission, as secretary of the Alabama Republican Party, and as a delegate to national party conventions. He also worked with Republican political strategist Lee Atwater.

In 2006 Katopodis proposed renaming Caldwell Park in honor of former fellow councilor Nina Miglionico. He pointed out that Henry Caldwell was a slave-owner. The park was not renamed, but Short 20th Street was designated "Nina's Way" in 2008. Miglionico died in 2009.

Katopodis helped create the charity program Computer Help for Kids along with Larry Langford and Healthsouth founder Richard Scrushy in 2000. After Scrushy's dismissal from HealthSouth under the cloud of a massive accounting scandal the company sold off its Southside holdings to UAB. Katopodis sued the company saying that he had been promised the Pita Stop building as partial payment for consulting work. HealthSouth countersued alleging that work contracted to Katopodis was never performed and that money given to the charity was used for personal expenses and to make questionable payments to elected officials. The parties settled their respective suits in a confidential agreement shortly after testimony began in March 2008. Recently Katopodis has sought to challenge the settlement, claiming that his attorney received payment from HealthSouth during the proceedings.

In October 2008, Katopodis was indicted on federal charges stemming from mismangement of funds given to the Computer Help for Kids program. The indictment charged that Katopodis used approximately $250,000 of the $815,000 given to the charity for his own personal gain and for the benefit of his friends, payments on his personal credit cards, and travel, including a trip to the Bahamas where he met with foreign minister Fred Mitchell to discuss projects related to the charity. Katopodis pleaded not guilty at his November 13 arraignment, maintaining that the allegedly misspent funds were, in fact, repayment of loans to the charity from personal sources.

Katopodis was convicted on all 97 counts of fraud on July 1, 2009 and sentenced on March 12, 2010 to serve 46 months in prison. He served his sentence at the Federal Medical Center in Devens, Massachusetts and the Federal Correctional Institution at Fort Dix, New Jersey. He was released on November 2, 2012, though some aspects of his conviction remain on appeal.

In 2007 Katopodis worked with Mayor Larry Langford to negotiate the purchase of 15,000 XO laptops from the One Laptop Per Child foundation at MIT and was among those involved in the short-lived Birmingham Education Initiative created by Langford to administer the program. That group was dissolved after the City Council voiced concerns about Katopodis' involvement. During the debate, documents released by Healthsouth pertaining to a property dispute made damaging claims about Katopodis' management of Computer Help for Kids and his relationship with Marc Donais (known as "Ryan Idol" when he worked as an adult film actor). Katopodis, who claims Donais as one of his godchildren, denied any wrongdoing, but withdrew from any involvement in the laptop program saying his work as negotiator was completed.