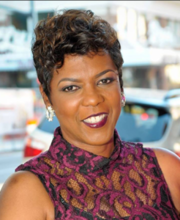 Brooks earned a bachelor of science at the University of South Alabama and a masters in electrical engineering at UAB. She began working at Alabama Power as an engineer in 1991. She advanced quickly into leadership roles in the company's public relations, corporate services, community relations, economic and community development, and customer service divisions. She was serving as area manager for the company's Birmingham division when she retired in 2012.

Brooks wrote a book, Self-Inflicted Overload, about her search for peace and balance after going through successful treatment for breast cancer in 2008 and 2009. She subsequently founded Brooks Consulting LLC to provide leadership and professional development services to businesses.

She was also appointed to the Birmingham-Jefferson County Transit Authority in 2010 and was later elected to chair the authority. Brooks' husband, Birmingham Fire and Rescue Service chief Ivor Brooks, died in May 2014. She resigned from the BJCTA at the end of her term in September of that year to spend more time with her sons, Jae and Matthew.