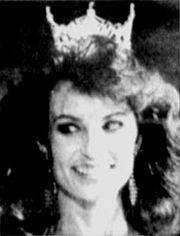 Hitt, a student at UAB, said that the victory fulfilled a dream, but that she did not wish to devote a year to fulfilling her duties as the reigning Miss Alabama. She was able to keep the scholarships she had won, but the pageant rules were later changed to prevent similar scenarios.

She competed in the Miss Alabama pageant as "Miss Classic" and sang in the talent competition. She had previously competed as "Miss Point Mallard".