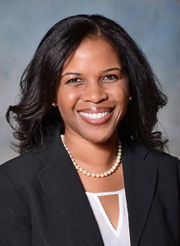 Castlin-Gacutan's parents both graduated from Birmingham schools and she grew up in Hueytown. She earned her bachelor of science in psychology at Tennessee State University, and was crowned "Miss Tennessee State University" in 1991. She went on to complete a master of education in early childhood education from Brenau University in Gainesville, Georgia in 1995, and a doctorate in educational leadership from Nova Southeastern University in Fort Lauderdale, Florida in 2005

She began her career as a substitute teacher for Fulton County Schools in Atlanta in 1991, then spent a year in Kagoshima, Japan teaching English as an employee of the Japanese Ministry of Education. In 1993 she was hired as a teacher at Spalding Drive Elementary School in Atlanta. After six years she was appointed an assistant principal for Dunleith Elementary School in Marietta, Georgia and transferred to the same position at Lockheed Elementary School, in the same system, in 2000.

Kelley and her husband, Rodney Castlin, lost a 7-month old child to complications from a birth defect in 1999. In December 2000, Rodney, a night manager at a motel in Cobb County, was murdered during a robbery. She became a single mother to her 4-year old son, Kyle, now a student at Columbia University on a basketball scholarship, and to the daughter she was still carrying. She later remarried, to Pedro Gacutan, a retired U.S. Army information systems chief and employee of Fulton County Schools.

Castlin-Gacutan was promoted to principal of Marietta's Pine Forest Elementary School in 2004, then returned to the larger Lockheed Elementary is its principal in 2005. In 2008 she moved to Nogales, Arizona to work as director of grants for Nogales Unified School District No. 1, and filled in as interim assistant superintendent. She was appointed principal of Clarke Middle School in Athens, Georgia in 2009 and spent a year there before moving into system-wide administration with Clarke County Schools as an accountability and school improvement specialist. In 2011 she joined the faculty of Shorter University in Atlanta as an assistant professor of graduate education programs and director of the center for teacher preparation. In 2012 she was hired as deputy superintendent of school operations for the Bibb County School District in Macon, Georgia. She began serving as interim superintendent for the 24,000-student system in December 2014.

Castlin-Gacutan was hired to fill the vacancy left by the resignation of Craig Witherspoon as head of Birmingham schools in May 2015. She began her tenure on July 1.

Castlin-Gacutan was criticized by several community leaders for her handling of the proposed renovations to Bush K-8 School in Ensley. After construction bids came in well over budget, she informed residents that the project would be shelved and the available funds redirected to overdue maintenance projects system-wide. Alabama House District 60 Representative Juandalynn Givan, Birmingham City Council District 8 representative Steven Hoyt, and District 8 Board of Education member April Williams attended a July 11, 2016 public meeting at Jackson-Olin High School, but walked out after Castlin-Gacutan declined their requests to speak at the meeting.

On September 16, 2016 Castlin-Gacutan sent an e-mail to the board reporting that one of her staff members felt "harassed" by April Williams' "ongoing requests" and "interference in day-to-day operations." Williams viewed the message as an attack on her character, and called for a special meeting of the board on September 21 "to discuss governance and leadership." During that meeting Williams moved for Castlin-Gacutan's dismissal. Her contract was terminated "without cause" by a 6-3 vote.

Larry Contri was appointed to serve as interim superintendent.