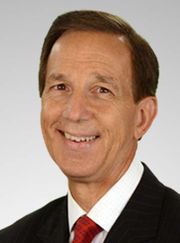 Lass grew up in Wisconsin and began his career at a small radio station south of Green Bay. In 1978 he accepted a job as a sports anchor in Tallahassee, Florida, and moved, with his wife, Sharon, to several markets, including Green Bay, Wisconsin, before settling in Birmingham in 1983. He joined Huffman Baptist Church in 1984 and later joined First Baptist Church of Trussville. They have two children, Brett and Brittany.

Lass debuted as a sports anchor and director for WVTM (Channel 13) in 1983. He moved up to the news anchor desk in 2002, joining Wendy Garner on the early morning and mid-day newscasts until July 2005. After leaving the station, the pair hosted a morning radio program on WDJC-FM from 2006 to 2008.

Lass returned to television as anchor of the evening newscast on WIAT from September 2009 to March 2013. He and Garner returned to WVTM in July of that year to co-host "Daytime Alabama". Lass retired from television news after his January 29, 2016 broadcast.