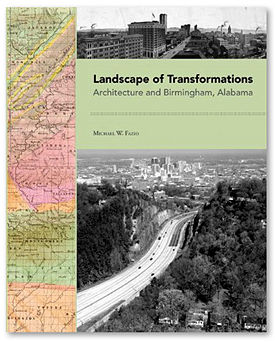 Landscape of Transformations: Architecture and Birmingham, Alabama is a 2010 book by architectural historian Michael Fazio which interprets the social history of Birmingham through its expression in the built environment.

Fazio, who taught at Kent State and Mississippi State Universities, identifies Red Mountain as the central structural feature that has determined the physical, economic and social landscape of the region.

The 312-page book was originally titled Reading Birmingham: The Architecture of Coal and Iron and was planned for publication in 2007.