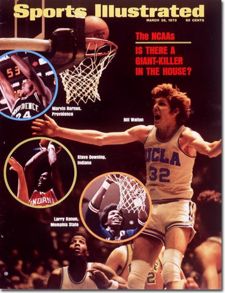 After graduating from Birmingham's Ullman High School, Kenon went to Amarillo College. He later transferred to play basketball at Memphis State University. In his junior year, 1972-73, he averaged 20.1 points and 16.7 rebounds per game and led the Tigers to the NCAA championship game, where they were defeated by the Bill Walton-led UCLA Bruins. After that season, Kenon left Memphis State and turned pro.

In 1973 the Detroit Pistons selected Kenon in the third round (15th pick overall) of the NBA Draft. He was also drafted by the Memphis Tams of the ABA, but the New York Nets secured his draft rights. During his rookie season (1973-74) Kenon averaged 15.9 points and 11.5 rebounds per game. He also won an ABA title playing alongside Julius Erving.

After averaging 18.7 points during the 1974-75 season Kenon was traded San Antonio for Swen Nater. Once again he averaged 18.7 points and 11.1 rebounds per game in the Spurs' final season in the ABA before they joined the NBA.

After the 1979-80 season Kenon signed with the Chicago Bulls. While his minutes per game went down in Chicago (28.1 during the 1980-81 season; he had never averaged fewer than 34.6 previously), his production during those minutes did not. He averaged 14.1 points per game; however, this would be his last effective season.