From Bhamwiki
(Redirected from Latanya Millhouse)
Jump to: navigation, search 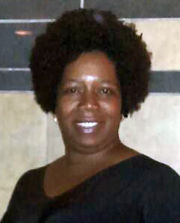 LaTanya Millhouse (born c. 1971 in Birmingham) is director of the non-profit Alpha Omega Group and was a candidate for Birmingham City Council District 6 in the 2013 Birmingham municipal election.

Millhouse grew up in Titusville. She earned an associates degree in business management at Massey Business College in Atlanta, Georgia and a bachelor degree in political science and government at Western Kentucky University. From 2006 to 2007 she served as a human resource planner-job developer for the Jefferson County Commission. In 2008 she spent 9 months as a legal secretary for the Internal Revenue Service, and from 2010 to 2012 she worked as a homeless prevention and rapid re-housing case manager for the Jefferson County Committee for Economic Opportunity (JCCEO).

As a City Council candidate, Millhouse outlined a re-building platform called "HOUSE", involving home-ownership and rehabilitation programs, business recruitment and job training, community gardens, and school improvements. She finished third in the race that was won by Sheila Tyson. Millhouse did not run in the 2017 Birmingham mayoral election, but after Tyson left her seat vacant to be sworn into the Jefferson County Commission in November 2018, she applied to be appointed by the Council to fill her seat.