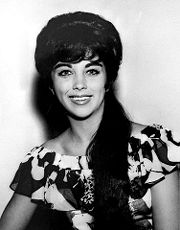 Manning recorded a half-dozen tracks for Tennessee-based Doke and Bulletin Records in the late 1950s and earned a spot as a featured singer on WAPI-TV in Birmingham, and hosted her own radio program from Cullman. In 1964 she was featured alongside Lee Stover and Tony Bellus on Cincinnati, Ohio's WLW-TV music variety program "Jamboree".

She married baseball player, actor and minister Mel Novak in Birmingham in October 1968 and lived with him in Hollywood, California.