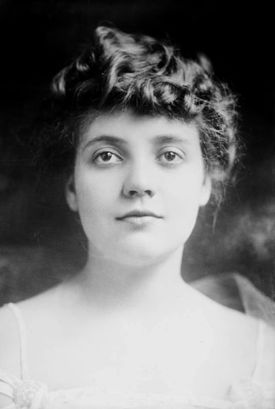 Wilson moved with her family to Alabama when she was a child. She grew up in Birmingham and earned a teaching degree from the Alabama Normal College in Livingston. While working as a teacher in 1915 she entered a Miss Birmingham beauty contest co-sponsored by Universal Studios and the Birmingham News. Along with her crown, she was awarded a trip to Hollywood to audition for Universal Pictures.

Wilson then relocated to Chicago, Illinois and made the acquaintance of Lois Weber, through whom she landed a small role in The Dumb Girl of Portici starring ballerina Anna Pavlova in 1916. She went on to play dozens of parts for several studios, and wrote and directed a short film, "Alone in the World" in 1917.

By 1919 Wilson was a regular player for Paramount Pictures in California and remained on their payroll through 1927. She appeared in scores of films, including starring roles as Molly Wingate in The Covered Wagon (1923) and as Daisy Buchanan in The Great Gatsby (1926). She was dubbed a "WAMPAS Baby Star of 1922" and appeared opposite the likes of Rudolph Valentino and John Gilbert.

During the sound era, Wilson continued to get parts, but became dissatisfied with the roles offered to her and largely retired from motion picture acting in 1941. She did continue to appear on stage and television, including character roles on the soap operas The Guiding Light and The Edge of Night.

Wilson died of pneumonia at Riverside Hospital in Reno, Nevada at age 93. She is buried at Forest Lawn Memorial Park in Glendale, California. Her sisters, Diane Kane and Connie Lewis were also noted actresses.