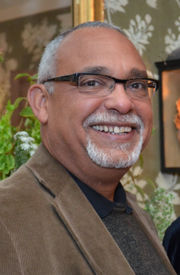 Willie is the son of former Booker T. Washington Insurance Company executive Louis Willie Jr. He earned a bachelor's degree in marketing at Indiana University in Bloomington in 1974 and took a job as promotions manager for WVTM-TV. In 1976 he returned to college and completed a bachelor of science in management and marketing at UAB in 1979. He left WVTM in 1983 and worked in promotions and advertising at several local firms for the next fourteen years.

From 1998 to 2000 he worked as manager of L&K Electric Supply, a construction supplier founded by his father and fellow BTW executive Kirkwood Balton in 1990. In 2000 he was named a vice president at New South Federal Savings Bank. He completed a Juris Doctorate at the Birmingham School of Law in 2001 and began practicing law in 2003. In 2005 he became a regional director for Legal Services Alabama. He left in 2008 to return to private practice. He was one of a string of attorneys who briefly represented Harvey Updyke, a vandal who killed the oak trees at Toomer's Corner in Auburn.