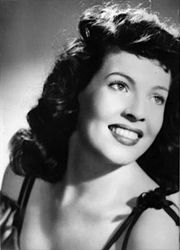 Norman was born in Birmingham to Edward and Rebecca Norman. She began her career as a radio singer and model in New York City. She performed with Mel Tormé's Mel Tones in the 1940s. She married Norman Henry Price after World War II and moved with him to Panama City, Florida where he operated a flight school and she continued her studio singing career. The couple had four children, Patricia, Pamela, Priscilla, and Norman, Jr.

She dubbed the singing voice for Diahann Carroll's character (Clara) in the 1959 film version of Porgy and Bess. She appeared in several Paul Frees novelty songs as "Vampira" to his "Dracula" and sang backup vocals on Elvis Presley's "Moonlight Swim" (1961). Hers was the soprano voice on the Tokens' 1961 hit song "The Lion Sleeps Tonight." She is most known, however, as the singer of the 1966 Star Trek theme and as the "Crazy Soprano Ghost" in Disney's "Haunted Mansion" theme park attractions.

Norman appeared on television on the Dean Martin, Carol Burnett and Dinah Shore variety shows. She died in 2005 at her home in Studio City, California.